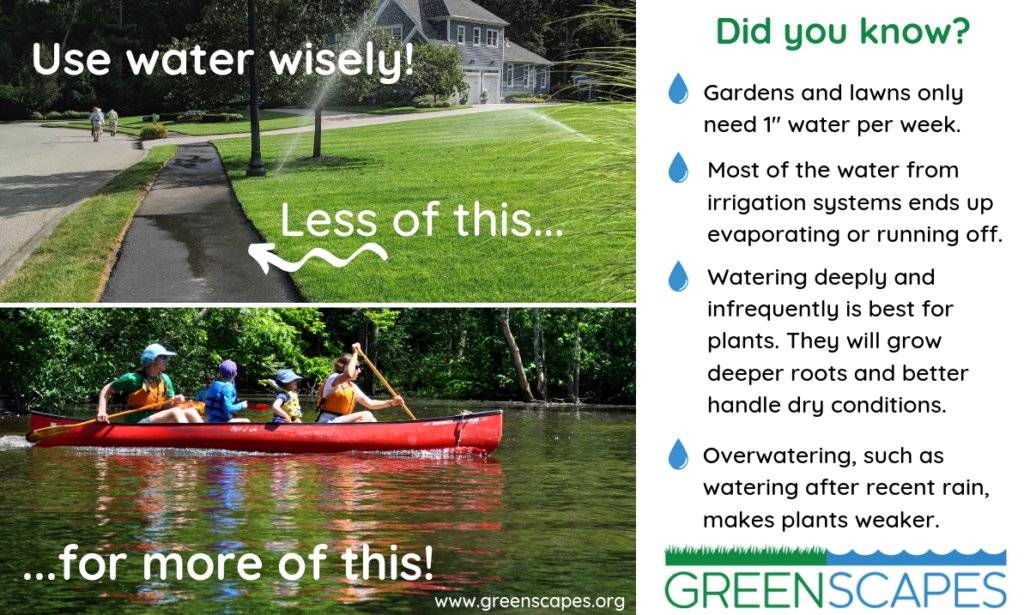 Unlike several other area towns, Andover has yet to implement outside water use restrictions. Most areas of Massachusetts had under 2.5 inches of rainfall in June, well below the usual June average of nearly four inches, and that has the Andover Department of Public Works and Water Division urging residents to take steps to conserve water.

In a series of Twitter posts Tuesday morning, DPW said the town’s peak water demand season runs from mid-June until mid-September. Demand during that period typically increases by 6,300 gallons per minute, mostly because of increased lawn, garden and yard watering:

Water Wisely!! 💧🌞#Andover residents and businesses use a significant amount of water for lawn irrigation during peak water demand months: mid-June through mid-September. This increase in use reflects 6,300 gallons per minute, applied primarily to lawns by irrigation systems. pic.twitter.com/CbJWMh3trw