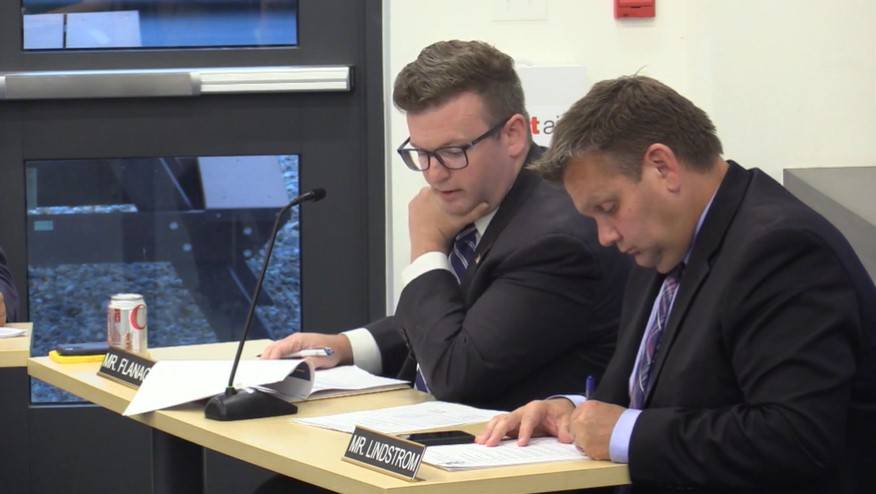 The Select Board will recommend Town Meeting lift a rule requiring the Town Manager to live in Andover.

The board held a second hearing for the proposal Monday, which came out of the Town Governance Study Committee’s recommendations for changes in how the Andover operates. The select board also endorsed a proposal to endorse the “practice of Moderator asking each Town Meeting to affirm deliberations be honest, open, civil and respectful of attendees’ time.”

In addition to Town Meeting approval, the residency requirement would require the state legislature to approve the change to Andover’s charter.

Andover News has asked current Town Manager Andrew Flanagan for comment and will update this story when he gets back to us.

The residency requirement dates to the adoption of the town charter in the 1950s and requires anyone hired as town manager to live in Andover. At the first hearing on Jan. 9, a consultant told the select board towns were increasingly doing away with such requirements.

At that meeting, Bernie Lynch, who was previously town manager in Chelmsford and city manager in Lowell, said residency requirements are no longer used in a majority of Massachusetts communities. They were adopted because towns wanted their manager nearby if something happened in town, and an “argument someone coming from outside would not have full appreciation of the values of the community.”

But Moderator Sheila Doherty, who served on the town governance study committee, said she was the sole dissenting vote when the committee voted to recommend lifting the residency requirement. She said she believes it’s reasonable to expect the manager to have “skin in the game