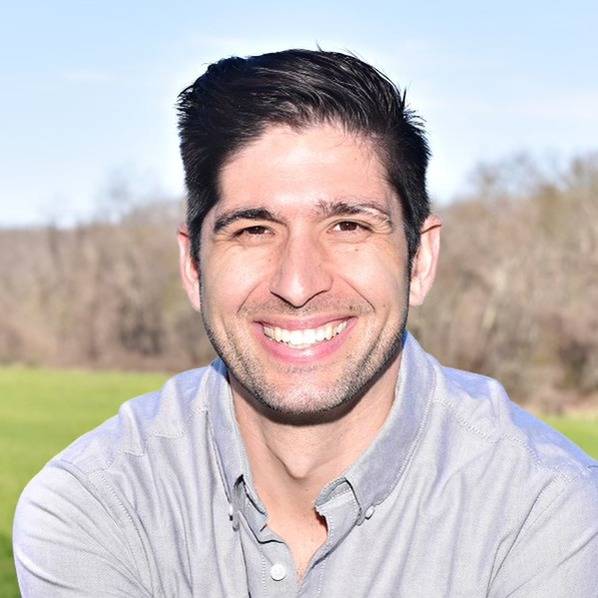 Andover News asked candidates in the contested state representative and state senate races in the Nov. 8 state election to fill out questionnaires outlining their experience and positions. We’ll publish them as the candidates complete the surveys to help voters make decisions before they had to the polls.

Next up is Sal DeFranco, a Haverhill Republican who is challenging incumbent state Sen. Barry Finegold in the 2nd Essex & Middlesex district, which includes Andover, Amesbury, Merrimac, Wilmington, Tewksbury and parts of North Andover and Haverhill.

“Sky high inflation, rising taxes, and the increase in crime in our communities. Politicians on Beacon Hill have sat idly by while costs have increased, small businesses have closed, and working families are forced with the decision to heat their homes or buy groceries.

Other biographical information voters should know
“I served in the SEAL teams and was deployed to Iraq. I worked with people from different cultures and ideologies to get results. That’s the kind of leadership I’ll bring to the State House.

“I was left for dead in the middle of the road in San Diego by a hit-and-run driver and suffered a traumatic brain injury. After relearning how to walk and read, I moved back to my home state of Massachusetts and began Battle Grounds Coffee with my wife, Dana. We employ 25 people across the Merrimack Valley.”

Highlight some of your professional and/or life experiences that qualify you for the position you’re running for.
“I am a former US Navy SEAL and small business owner. My mom is a teacher, and my father is a firefighter. I know what it’s like to struggle to put food on the table, work hard, overcome obstacles, and build a business.

“I have a commonsense approach to policymaking – put the needs of the families and businesses of my district first. I’m not afraid to reach across the aisle to get things done for the people I serve.”

What differentiates you from your opponent?
“My opponent has voted for tax hikes throughout his career – in 2009, when the economy was in turmoil, Mr. Finegold voted to raise the sales tax, making Massachusetts less competitive. On the small business tax hike “Question 1,” Mr. Finegold voted for it twice and now, it could hurt small business owners and seniors across the state. I will NEVER vote for a tax hike.

“Sen. Finegold voted for the disastrous 2020 police reform bill which politicizes policing in Massachusetts; that’s why the Andover Police Union and the State Police Association (among others) have endorsed me for State Senate.”

Andover News asked candidates to fill in the blank on a series of statements to help voters better understand their views of key issues in the 2022 election.

MCAS is: “in need of reform. Standardized tests are needed to benchmark students statewide; however, we need to find a way to fix the MCAS so that students and teachers can succeed.”

Public transportation in Massachusetts is: “broken. Throwing taxpayer dollars at the MBTA is not the way to fix it. We shut the orange line down for a month, and there are still slowdowns on the tracks. In January, Robbi Devine from Wilmington was killed by a commuter rail train when the crossing signal failed to go down to stop traffic.

“We need fundamental financial and managerial reform before anyone else gets hurt. I would support more oversight of the MBTA and work with our local communities to make our public transportation work for us.”

The response by Massachusetts lawmakers to the U.S. Supreme Court’s decision to overturn Roe v. Wade: “Abortion is settled law in Massachusetts, and I respect the law. I will always put the will of the voters above all else.

The legislature can best respond to the affordable housing crisis in Massachusetts by: “promoting responsible development. We need housing for working families and seniors across our district, but at the same time, we must allow the cities and towns to keep their natural beauty and character. I would support re-using land already owned by our communities, like the North Street School in Tewksbury, to build housing and keep working families and seniors in the communities they love.”

What other issues are important in this year’s election? “The cost of living in Massachusetts is the biggest issue on the ballot this year. We have all seen our friends and family leave our state for places like New Hampshire and Florida. My priority in the Senate will be to fight inflation by reining in out-of-control spending, cutting taxes – namely the sales and meals tax – to make our state more competitive, and roll back burdensome regulations to help lower the cost to heat and cool our homes.

“I’m also focused on keeping our communities safe. That means ensuring police and firefighters have the support and resources they need. I will oppose efforts to give driver’s licenses to illegal immigrants and never vote to make Massachusetts a sanctuary state.”

Andover News asked candidates how they plan to vote on the four ballot questions in this year’s election and why.

Question 1, which would add an additional tax on income over $1 million? No
“I oppose question 1 because it will increase taxes on small businesses and tax the assets our seniors have spent their entire lives earning. The state coffers are full, and we have so much tax revenue that the state owes the people of the Commonwealth a rebate. Increasing taxes on seniors and small businesses is the wrong move for Massachusetts. I will never vote for a tax increase.”

Question 2, which would add regulation for dental insurers? Yes
No response from candidate on reasoning for this position.

Question 4, which would allow Massachusetts residents who cannot provide proof of lawful presence in the United States to obtain a driver’s license or permit if they meet the other requirements for doing so? No
“Giving illegal immigrants driver’s licenses will undermine the integrity of our elections and make our communities less safe. In the 16 states, plus Washington, D.C., that gave driver’s licenses to illegal immigrants, there was a 20-30% increase in traffic fatalities. California had 26% increase in hit-and-runs. I will always put the safety of our community first and that’s why I oppose question 4.”

Anything else voters should know about you and your campaign?

“I’ve been working hard all over the district to earn the voters’ trust. I’m a former US Navy SEAL and small business owner who will bring grit, determination, and an unmatched work ethic to the State House.

“I will tirelessly advocate for our district’s cities and towns. I will work every day to fight inflation, cut taxes, and keep our communities safe. We all deserve a bright future for Massachusetts, and I am the candidate that will make that a reality.

“I am honored to have earned the endorsement of the Governor Charlie Baker, Selectman Alex Vispoli, the Andover Police Union, and the State Police Association of Massachusetts.”