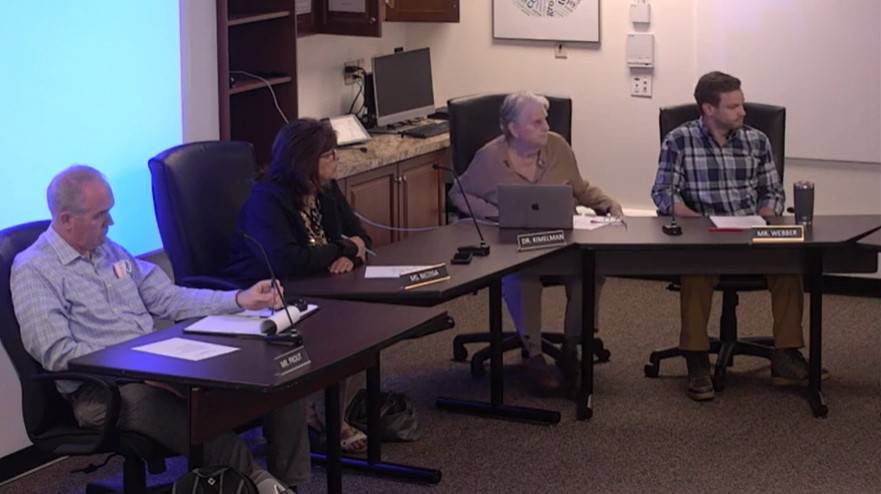 Under the board’s predecessor, the AHS Facilities Study Committee, HMFH performed the preliminary feasibility study that led to the creation of the building committee. That contract allows the town to continue working with HMFH without going out to bid, and the Cambridge-based firm made a presentation at the committee’s Aug. 18 meeting. Town Manager Andrew Flanagan, who also sits on the building committee, will begin negotiating a contract with HMFH.

The committee unanimously approved HMFH’s selection with an 8-0 vote, with Nancy Kimelman abstaining. Kimelman said she could not support hiring HMFH when told the firm would likely continue as the project architect if they were selected as the design firm.

“I think as a practical matter, if we go forward with HMFH it would make a lot of sense to continue with them because it wouldn’t make a lot of sense to switch in the middle,” Chair Mark Johnson said. “Any new architect coming in would probably want to redo the work because they’re going to be responsible for it.”

Johnson said the feasibility committee, which he also served on, had interviewed “three or four” design firms when it selected HMFH. In addition to the feasibility study, HMFH developed a range of preliminary options and cost estimates.

“I would not support that. Their buildings are brick buildings for the most part. They’re very competent at….building a good building,” Kimelman (second from right in photo) said. “But I think their design elements of what a high school should be today — they’re off the mark.”

Flanagan said he had spoken with officials in Arlington, where HMFH is currently building a school, and said they spoke highly of the firm.

“Our experience with HMFH and how that could impact a potential solicitation and going through designer selection again – where they’ve been a partner for so many years and have worked so extensively on concepts for the project, I think other firms may not bid,” Flanagan said. “And that’s just our experience having gone through it.”

Johnson said the role of the committee would be to make sure they got the best possible design.