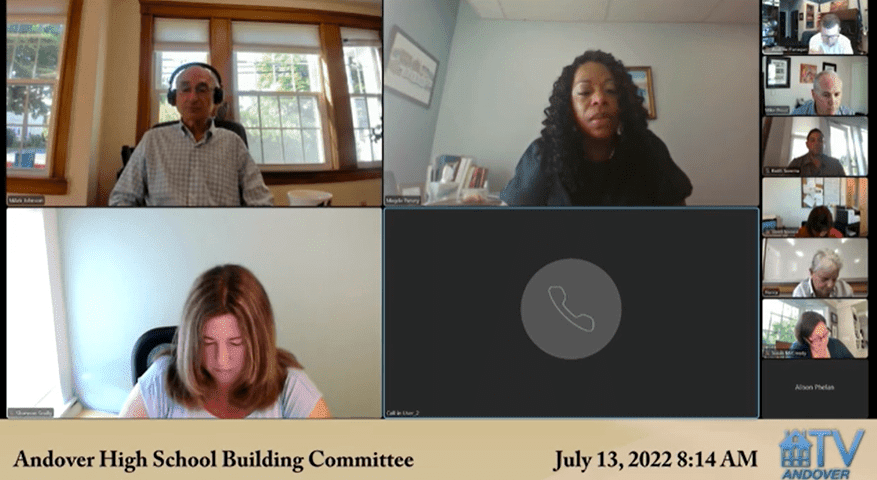 The Andover High School Building Committee held its first meeting Wednesday morning, taking the first step to come up with a plan to renovate or replace a school that was built in 1966.

The Massachusetts School Building Authority has denied the eight applications the town has filed since 2008 for funding to build a new high school. The most recent application was filed in 2020. In May, town meeting approved $1.5 million for infrastructure repairs at the high school.

Current enrollment at Andover High School is around 1,800 students and projected to grow to 1,900 in coming years. The current building was designed for 1,400 students. A 1995 renovation expanded capacity to 1,600 students. Previous studies have found that renovating the existing building to increase capacity would cost in excess of $100 million.

The repeated MSBA denials has the committee looking for ways to fund the project without state assistance. Whether the committee decides to renovate the existing building or build a new building, the project would require town meeting approval.

“It’s going to be a heavily deliberated project,” Town Manager Andrew Flanagan said, noting the committee’s work would last for “several years.” Flanagan said the project will likely require a Proposition 2 1/2 override, so the town could have a debt exclusion to complete the project.

In addition to Flanagan, the committee members include Superintendent Magda Parvey, community members, a school committee member to be named and Principal Caitlin Brown, who did not attend Wednesday’s meeting. The committee is chaired by Mark Johnson, a 40-year Andover resident who also worked on the Bancroft Elementary School building committee. Johnson wants to add a student liaison from Andover High School and a select board liaison.